ORNAMENT IN FLUX: Personal Ornament and Prestige during the Migration Period


Imagine a woman in the late fifth or early sixth century CE. Let us give her the Visigothic name Goiswintha. She attempts to articulate her wealth and social status through personal adornment. This adornment might include bracelets, earrings, necklaces, rings, brooches, and belt buckles, made from the most precious materials each individual could afford. Goiswintha demonstrates her position with jewelry made from impressive materials like gold, silver, garnets, copper alloy, and various types of colored glass. Following her death, her ensemble accompanies her into the grave.

Goiswintha lived during what is now known as the Migration Period, a time of geographic upheaval and social flux, conventionally dated from 300 to 800 CE, that witnessed the mass migration of peoples, and the rise and fall of a number of cultures in Europe. Among these were the Goths, including the Ostrogoths and Visigoths, the Huns, the Vandals, the Saxons, Angles, and Jutes, and the Franks. These groups not only migrated physically through what had been the Western Roman Empire, but also interacted culturally with one another and with the Eastern Roman (Byzantine) Empire.

Ornament in Flux examines how the evolution of Visigothic personal ornament was affected by the overlapping of cultures during the Migration Period. The Visigoths used personal ornament to outwardly portray both individual and collective identity. Objects of adornment might have demonstrated personal status and wealth in terms of the materials used, but the design of these pieces also reflected the Visigoths’ relationship to both the collapsing Western Roman Empire and the enduring Eastern Roman (Byzantine) Empire. Ornament in Flux aims to introduce Migration Period objects from the Michael C. Carlos Museum’s collection, using them as starting points from which to begin an examination of the techniques of production, materials, styles, and function of such pieces. This process allows us to open a dialogue with museum collections elsewhere, placing the Carlos objects alongside the wider scholarship on Migration Period personal ornament.

ENTER THE EXHIBITION BELOW 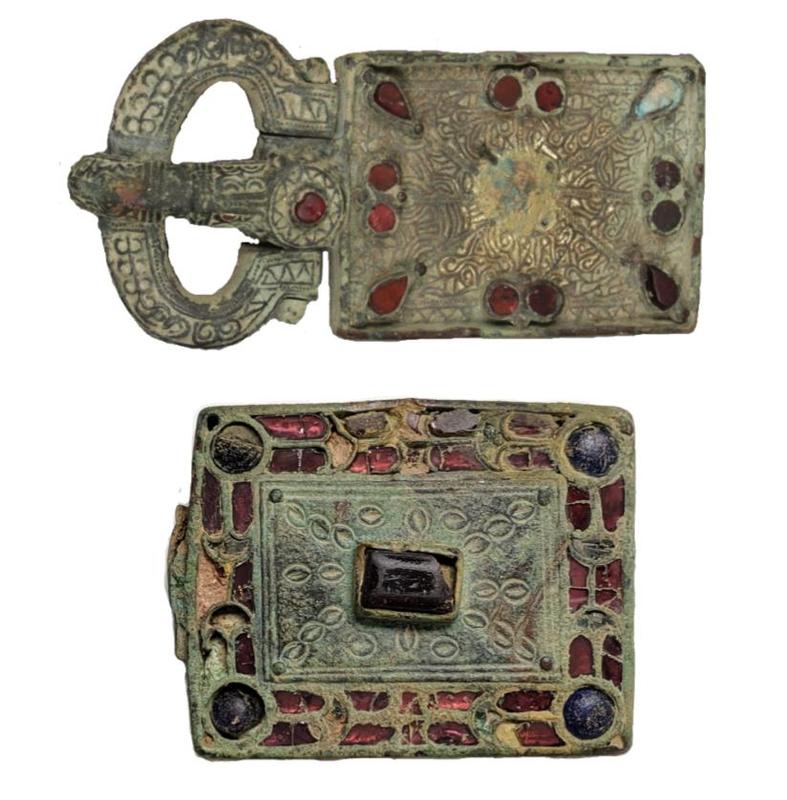